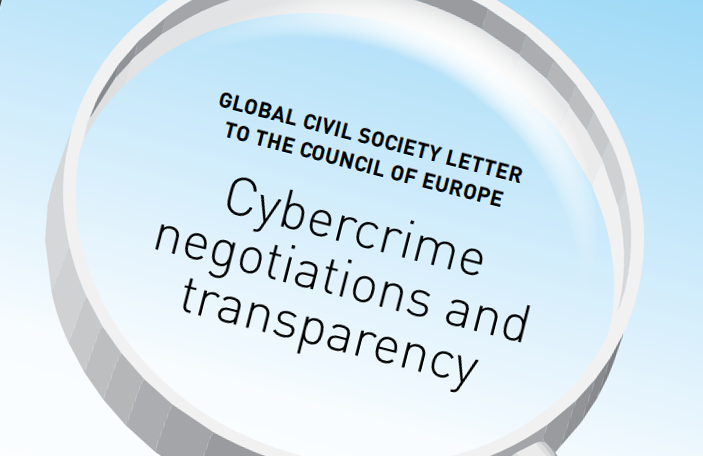 Today, 3 April 2018, SHARE Foundation, along with 93 civil society organisations from across the globe, sent a letter to the Secretary General of the Council of Europe, Thorbjørn Jagland. The letter requests transparency and meaningful civil society participation in the Council of Europe’s negotiations of the draft Second Additional Protocol to the Convention on Cybercrime (also known as the “Budapest Convention”) —a new international text that will deal with cross-border access to data by law enforcement authorities. According to the Terms of Reference for the negotiations, it may include ways to improve Mutual Legal Assistance Treaties (MLATs) and allow “direct cooperation” between law enforcement authorities and companies to access people’s “subscriber information”, order “preservation” of data and to make “emergency requests”.

“Transparency and opportunities for input are needed continuously throughout the process. This ensures that civil society can listen to Member States, and provide targeted advice to the specific discussions taking place. Our opinions can build upon the richness of the discussion among States and experts, a discussion that civil society will miss if we are not invited to participate throughout the process” — the letter reads.

Current negotiations raise “multiple challenges for transparency, participation, inclusion and accountability,” despite the fact that the Council of Europe’s committees are traditionally very inclusive and transparent. We are requesting the T-CY to:

“develop a detailed plan for online debriefing sessions after each drafting meeting, both plenary and drafting, and to invite civil society as experts in the meetings, as is customary in all other Council of Europe Committee sessions. With a diligent approach to making all possible documents public and proactively engaging with global civil society, the Council of Europe can both build on its exemplary approach to transparency and ensure that the outcome of this process is of the highest quality and achieves the widest possible support.”

In light of the passing of the CLOUD Act in the United States that undermines the right to privacy and other rights, the forthcoming proposal of the European Union on e-evidence, and other initiatives, it is vitally important that the T-CY listens to and engages with civil society proactively and in a timely manner. Civil society wants to engage in this process to ensure the new protocol will uphold the highest human rights standards.

The letter is available in English, French and Spanish.